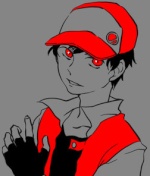 This is a somewhat small review for Oot 3D. There really isn't that much to say since most already know how good this game is. But I wanted to review the 3D version for its new upgraded graphics and other new utilities that the game now has in Nintendos new handheld.

First and foremost the new upgraded graphics are really pretty to look at. They added quite a few new things that make the game look more like it was suppose to look back in the N64. For example: Going into a shop, the store actually looks like it has things all around it while back in the n64 it had a few barrels just lying around. It really does look nice and it shows how the 3DS could handle some really nice games in the future. *cough* MH! So the graphics are nice but how does the 3D handle? Well I'm going to admit it. The 3D really isn't all that great. I found my self playing the game without it. The only time I put on the 3D was during boss battles and they looked awesome! I won't discourage the 3D effects but I don't see them working out all that much during regular gameplay.

There is something that I truly liked about this remake and that is the gyroscopic technology involved in it. Now, I know what some make think "Motion controls!? WTH I just want to play my game like back on the N64!!" But hear me out! At first I was a little skeptical about this, I thought it would be hard to aim my bow and arrow with motion BUT IT WASN'T! Instead it was much easier than I thought. For the few minutes I tried it I had a bit of trouble figuring out how it worked. But after a while it gets so easy that you just don't know how you played this without it. The thing with this is that you have to move the handheld itself and thus destroying your 3D view so this is another reason why I don't recommend the 3D. Also, you can always take out this option, so no harm done.

Now, I wanted to talk a little about the sound and music. Nothing is upgraded. That's right all the sounds and music that were used in the N64 version are the same. Sure they sound as awesome as always but it would of have been nice to hear a few remastered versions of them as well. Maybe they could of put in some kind of option to switch between them? Sorta like in Pokemon SS/HG where you get a gameboy player to hear your old classic pokemon music in the game. I think that would of really have been nice. It's not like i'm asking for a multiplayer in the game. >.>

Overall the game is as awesome as it was back in 1998 and is currently the ONLY game I approve on the 3DS because honestly the 3DS was not worth getting until now. Oh yeah, and the water temple is still a pain. I said to myself " I will not forget any keys, I will NOT forget any keys" what do I do? Forget a key. But I will admit that the ability to put your irons boots in a item section comes in nice. Now you don't have to pause your game every five seconds and scroll to your equipment just to change your boots. No sir, now it fast and easy! It really is something you have to play to find out how good it is. You get a feel that the N64 could not give you.

I Obviously recommend it.

Could of given a perfect score but it's a remake so I think 9.5 is decent. 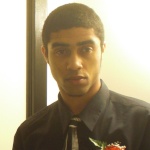 I never did finish OoT even though I still have it. Fun game though. Hopefully people with a 3DS who missed out on OoT like I did when it first came out will get to enjoy it.

most definitively! If they missed this game I recommended even more.

I love that Nintendo stayed true to the series and only remade what they had to, it's a great way to introduce a younger generation to great games like OoT. I was seriously tempted to get a 3DS just because of this game, but I hardly use my DS and I'll have to see if they make other games I can't resist. But I digress, great review Cris!

Who WOULDN'T recommend OoT? I'm glad that Nintendo updated the game, rather than changed much. Once I get a 3DS, this will definitely be one of the titles I buy along with it.

thnx katie. ;D and awww yeeeee hiroko
Re: The Legend of Zelda: Ocarina of time 3D