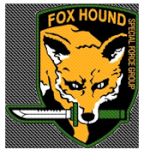 Posts : 42
Gil : 3497
Thought I'd add a section for any random stuff I find interesting/funny.

Chuck Norris, Bruce Lee, and Jackie Chan have nothing on these guys.

» Random Funny Pictures
» Something Random
» Random gifters... what are your thoughts?
» New section for players to organise Boss fights or to Heal General?
» general of snatchins???
Share this post on:

That third guy is totally me. No balance+lack of coordination=my version of martial arts.

The car, living in the house, and answering the phone is harmless enough, I suppose...but the cheezeburgers raises a few health questions for me.

Well, recently someone has gotten access to my Xbox Live account and ordered about $100 worth of XBLive...stuff and had it gifted to their account some how. Good times...

I first had a few suspicions when I got notice one of my email accounts were compromised. Apparently someone figured out my log in credentials. Because I'm a complete ****ing idiot who uses a similar password on different accounts, that got them access to my Live account allowing them to make the nefarious purchases.

Now, why am I bringing this up? Well, in addition to being reasonably pissed off (imo), I also wanted to give everyone a heads up. If you reuse passwords like I do, I strongly encourage you to stop that. Make sure each password for every account is different...as in not even close to being the same one. That will save you some pain. Something else to bear in mind, I also found out (in that notice on my email) that hackers keep databases of people's accounts and passwords. Now, this blew my mind even though it is an incredibly logical thing to do and has probably been in practice for some time. With that in mind, I also suggest you guys make a habit of changing your passwords every month or so. You really don't want to wake up one day and find out some smart ass has spent $100 on Xbox stuff when your Xbox is in storage 1,000 miles away.

To make it all complete, I think these jackasses may have my phone number, as I've been getting calls from an unknown number (that's not even listed). *sigh*

Well, if this crap was simple to resolve, I guess life would be pretty boring. The point of this: make sure you aren't next. Keep different passwords, change them out now and them, and be very picky about keeping any financial information saved to any accounts you may have. Now if you'll excuse me, I'm hopefully going to show these hackers what the US thinks of people who dip in to accounts that don't belong to them.

That really blows, I'm sorry that happened to you. But thanks for the heads up, hopefully those thieves get what's coming to them.
Re: General/Random